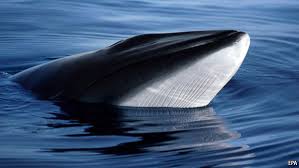 There is a belief, shared by many, that the Sport of Kings is actually the Sport of Whales. And by “whales” I’m not talking about the creatures that gave Captain Ahab and Pinocchio such fits. I’m talking about big bettors — the guys and girls that move the lines, the so-called “smart money” players.
According to some, the presence of whales in the betting pools is like having a potluck with the offensive line of the Denver Broncos — good eating for the linemen and slim pickings for everybody else (who’s going to tell a 300-pound guy to lay off the peach cobbler?). But is this really true? Does the presence of smart money in the pools really make it impossible for the average bettor to turn a decent profit?
I think not.
To begin with, the notion that whales are handicapping geniuses surveying the tote board like Alexander the Great surveyed the battlefield is largely false. The truth is most whales have ROIs south of 10 percent. They make a profit by doing two things: a) Wagering a lot; and b) Wagering a lot, often.

In other words, they churn.
Of course, this high-volume, low-return approach is well known in the business world. Safeway (NYSE:SWY), a grocery chain with approximately 1,700 stores located throughout the United States and Canada, has maintained a 1.3 percent profit margin over the past 12 months. Conversely, Saks Inc. (NYSE:SKS), which operates the upscale Saks Fifth Avenue and Saks Fifth Avenue Off 5th, operated with a 2.4 percent profit margin over the same time period — nearly double that of Safeway.
Yet guess which company had the highest (diluted) earnings per share in fiscal 2011? That’s right (I’m assuming that readers guessed correctly), Safeway.
The food services giant earned $1.49 per share versus 45 cents per share for Saks.
But just because Safeway was able to produce greater profits than Saks, does that mean that Saks should throw in the towel and shut its doors? Of course not. Granted, retail is not a zero-sum game like horseracing is, but the point remains: just because a particular person or business is less successful than another does not make it a failure.
Not convinced? OK, let’s look at it mathematically.
Let us assume that Willie the Whale is operating at Finger Lakes. I know what you’re thinking: Why would Willie be betting on races from Finger Lakes, which has a fraction of the handle of tracks like Aqueduct, Churchill Downs or Hollywood Park?

Why indeed? It seems to me that if one isconcerned about whales, the solution is simple — wager at tracks with smaller handles. After all, when’s the last time you heard of a professional bettor roaming the grandstands of Retama Park? (Does Retama even have a grandstand?)
However, for the sake of argument, let’s just say that Willie has a Finger Lakes fetish. Furthermore, let’s pretend that Willie likes to bet in the vicinity of $10,000 a race. Clearly, a whale is going to have certain bet limits based on the size of the pools he/she is betting into but, again, this is a mathematical demonstration, not a theoretical one.
That being the case, in a race like the one above, Willie would control 24 percent of the win pool ($10,000 / $41,585). Now, the track takeout on win bets at Finger Lakes is 18 percent; hence, if Willie maintains a five percent ROI when betting to win, this means that other bettors are bucking what amounts to a 43 percent bite (assuming my math is correct).
Obviously, 43 percent is nothing to sneeze at, but keep in mind that this is predicated on Willie controlling 24 percent of the win pool. In real life, such a large stake at such a small track would be foolhardy, as Willie would make the longest shot on the board, 7-Too Critical, a virtual co-favorite (from odds of 24-1 to 2-1) if he bet his entire 10 g’s on her.
If, say, Willie owned a more reasonable five percent of the win pool, other players would be tackling a 23 percent effective take — less than what Finger Lakes charges on many of the exotic wagers it offers (25 percent).

Here’s something else for those fearful of whales to consider: Many of the big-money bettors employ similar handicapping techniques — multiple regression being a popular choice. Thus, in a sense, the real competition is amongst the whales, not the average punter. As I pointed out on my latest podcast, there is more than one way to reach most goals. Frankly, I disagree with other horseplayers (many of whom I deeply respect as handicappers) all the time — sometimes I’m right and they’re wrong; sometimes I’m wrong and they’re right.

Nobody, except those who sell college and pro football “locks of the week,” is right all the time. Making money at the racetrack is not confined to those with the biggest and best computers or the cleverest algorithms. Nearly anybody can make money if they put the time in to acquire the needed skills and dedicate themselves to wagering in a thoughtful and disciplinedmanner.
As for the massive rebates that whales get, who cares? I understand that in today’s society one is expected to be incensed by any real or perceived injustice they face, but, seriously, how does it affect me if my buddy Willie the Whale is getting X dollars back in rebates?

As many readers know, I am continuing to do database testing in an attempt to unearth new handicapping methods and angles. Among the more promising ones I’ve found is an angle that focuses on horses with the best last-race late speed ration (LSR).

Animals that qualify under this particular angle win approximately 33 percent of the time and produce a solid ROI, regardless of price (which can vary greatly).